What a morning. For years we have battled for readers, advertisers and employees with the Dispatch Company. They’re our largest competitor. Today, after a 100+ year run, the print assets of the family-run company were finally sold. And this was not a sale done from a position of strength, quite the contrary as its owner admitted. What this means for the future of the products we compete with day in and day out, only time will tell. The new owners (a media holding company based in NY) have been likened to a corporate “chop shop” but perhaps Columbus will be different.

I’m not interested in dissecting the decades of political influence and bullying that took place under the Wolfe’s ownership. Everybody has an axe to grind with someone and they’ve been buying ink by the barrel for over a century. To that end they’ve also certainly done some commendable work as well.

In the big picture this had to happen, right? Daily newspapers are clearly in their twilight years – to be replaced with no one knows exactly what. Internet media has its own problems to overcome. But the heydays of fat page counts filled with local and national advertisers and dozens of pages worth of high-margin classifieds are long gone. Paid circulation revenues are a fraction of what they once were. If you’ve seen a copy of the Dispatch lately you can’t help but wince at its emaciated form.

But despite the well-known woes of its daily flagship, the Dispatch as a company has had a voracious appetite since we started UWeekly in 2005. They scooped up the Alive! in 2006 and later in 2011 the family of newspapers and magazines that included The Other Paper, Suburban Newsweeklies, Columbus Monthly, CEO and others. They had control of so many properties and so many different audiences, as an independent publisher you couldn’t help but feel in awe at times.

So why did this diversification not succeed? Maybe Warren Buffet was onto something deeper than investment advice when he said, “Diversification is protection against ignorance, it makes little sense for those who know what they’re doing.”

By itself, having multiple titles – even over a dozen – can have many benefits when it comes to certain operational expenses. But it provided a new challenge, one Dispatch management seemed ill-suited to overcome. From my perspective this challenge was one of integrity – how do you run these independent businesses under one roof while maintaining editorial, business and professional standards. It’s not easy and one word perhaps above all others dictated the outcome – greed.

Their goal was simple – to own the entire marketplace by sucking every possible dollar from the market by any means necessary. It’s the creed of the monopolist though government doesn’t raise an eyebrow when its done on a local level like this. This monopolistic mission led to three notable changes which we witnessed firsthand as their scrappy competitor.

1. Starting with the Alive! ad rates began to plummet in an effort to dry up the client base for publications like UWeekly, (614) Magazine and others. There’s no other reason to lower your rates by as much as half when you had market-leading circulations. Naturally when the largest media outlet in the city does this it affects the entire ecosystem. The idea is that once the competition is vanquished, ad rates could return with the last player standing setting the market. In their case it didn’t work. Making matters worse, this trend crept into its other publications with ads now selling for a fraction of what they did 10 years ago. While businesses do enjoy the temporary lower ad rates, make no mistake – smart business owners also know you get what you pay for.

2. What they’re paying for is the right audience. It’s the most critical variable if advertising is to work. And here is where the Dispatch perhaps failed most mightily. Driven by the selling of convergence packages, advertisers began popping up in every corner of the Dispatch empire – often in publications that made no sense. The Dispatch Co. got the bulk or all of the client’s ad budget and in exchange, clients often had ads running where they did no good. In our experience, defining a lane and staying in it is the hallmark of today’s successful print publications. These are audiences that are worth reaching because their affinities are understood. The wrong ones don’t pay off at any price.

3. With the rapid expansion brought on by acquisition we saw other parts of their business suffer too. Circulations began declining while ours increased. Editorial quality deteriorated while we upped the ante. Distribution methods were sloppy or nonexistent. The company was happy turning the money vacuum on but apparently little else. Copy-catting some of our products (while flattering) only created deeper financial holes. They failed to innovate. These aren’t things a healthy, market leader does.

While one could argue that all companies eventually run into the capitalist buzzsaw known as “creative destruction” – that new technologies, tastes and trends will upend once mighty enterprises. On a global or national scale, history has shown this to be largely true. And for the locally-based media industry that trend too seems to be playing out. I don’t pretend to have all the answers but I do believe in the old adage about trying to please all the people, all the time. Even Google struggles to make money outside its search engine despite dozens of business lines.

Perhaps the legacy costs of a dying daily could not have been overcome by these dozens of niche plays, we’ll never know. But the Dispatch certainly had their share of self-inflicted wounds.

As a company, the greatest lessons we can learn from the Dispatch experience is to always keep our eye on our ball. To keep innovating. To provide the best products and services we can while upholding standards of quality and integrity. And last, to never let hubris get in the way of what the community wants us to become. 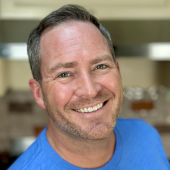 All stories by: Wayne Lewis